Yo, Joe! A Great Time at Auburndale CityCon!

In its third year on January 20th and 21st, the Auburndale City Con was held in downtown Auburndale at the Civic Center, Depot Lawn, and City Hall. City Con kicked off at high noon on Friday and ended Saturday evening with a special screening of Suicide Squad at the City Con Cinema and the “After Con” party held at Jesse’s On Fire. 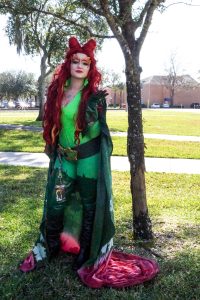 Another Happy Visit to BrightStart Pediatrics

The tradition continued on Friday April tenth as The Flash, Superman, Green Arrow, a young Jedi and a toy army man visited with the great kids and staff from BrightStart.

Our heroes went from room to room in search of smiles and high fives. In the final stop they came across a room of children who were very excited to talk with the visiting heroes and show them around.

Questions were asked and the heroes answered as many as they could while entertaining them with stories and picture taking. Too soon it was time to leave the kids and the real heroes,