On Saturday, February 17th, 2018 the Guardians of Justice were once again in Bartow to take part in the city’s SyFy Con. This year’s convention celebrated all things Alien & Monster and did not disappoint as visitors were treated to 6 city blocks of vendors, memorabilia, and cosplayers from all genres.

For this years SyFy Bartow Convention, the members of GoJ presented a panel hosted by none other than Space Ghost himself. Rogue and Green Lantern were also in the panel and spoke to the audience about the history of GoJ, how being a member has impacted their lives and the importance to having a 501c3 license while being a charitable organization. 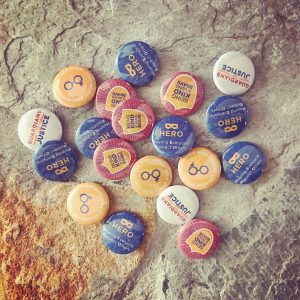 Those that stopped by GoJ booth were able to speak with a member of the Polk County Sheriff’s Office on their ” Anti Bullying Program “. They could also pick up materials that would help parents identify and talk to their kids about bullying.

All in all, it was a great time to be had by everyone. Even if our many Heroes did not have to protect the city from a giant lizard or alien annihilation.